In my other life as an elected official, activist and speaker I have found myself on many panels over the years. I have heard on occasion that my passion at times overwhelms a panel and commands attention. It is very rare that I have been on a panel where I felt what has been described to me as the experience of being on a panel with someone like that. Enter Lennox Yearwood. 7 years ago, Yearwood and I were in Washington DC to participate as panelists at the CBC (Congressional Black Caucus) Weekend event. We were there to discuss voting. I did my part, felt pretty good and then he began to speak. As he spoke I wanted to leave the stage, take a seat in the audience and listen to whatever it was he had to say. On Tuesday September 29th at Kroon Hall I listened to that powerful, familiar voice again.  Yearwood was in New Haven to talk about the environment, changes to the climate and social justice as one issue.

Yearwoods’s message while important to us all is aimed directly at the young people in his audience.  He tells the college and high school students that they are perhaps the most important generation yet. While generations before had to deal with critical issues concerning how we live this generation according to the message is tasked with whether by their actions we will continue to live at all. He likens the decision to the lunch counter moment of the civil rights movement telling the young people that this is their lunch counter moment.

He more than delivered. Listen to Yearwood talk about the issue at another college here. 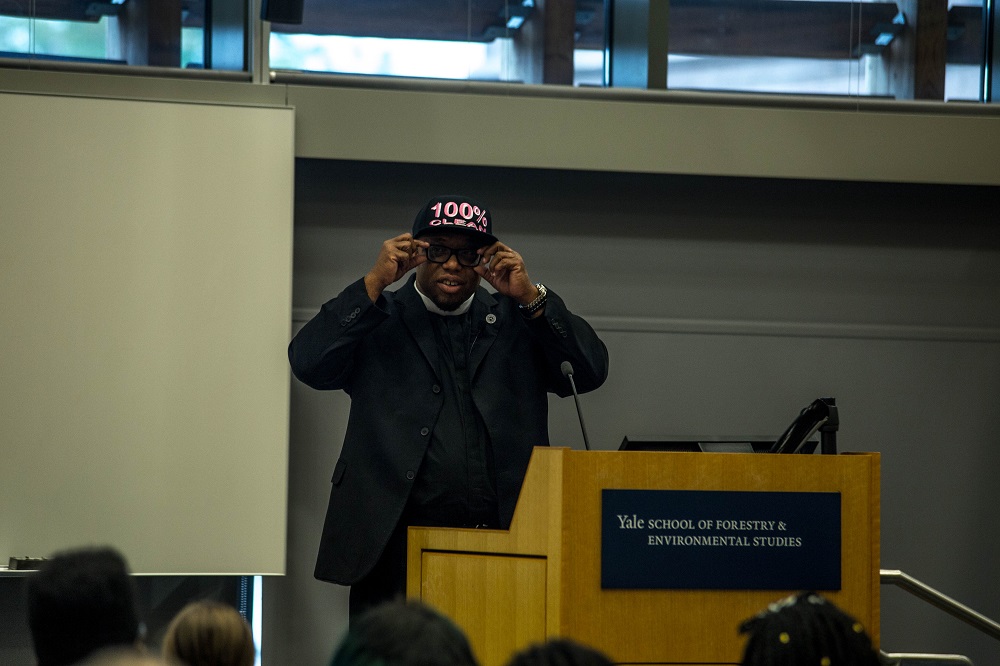 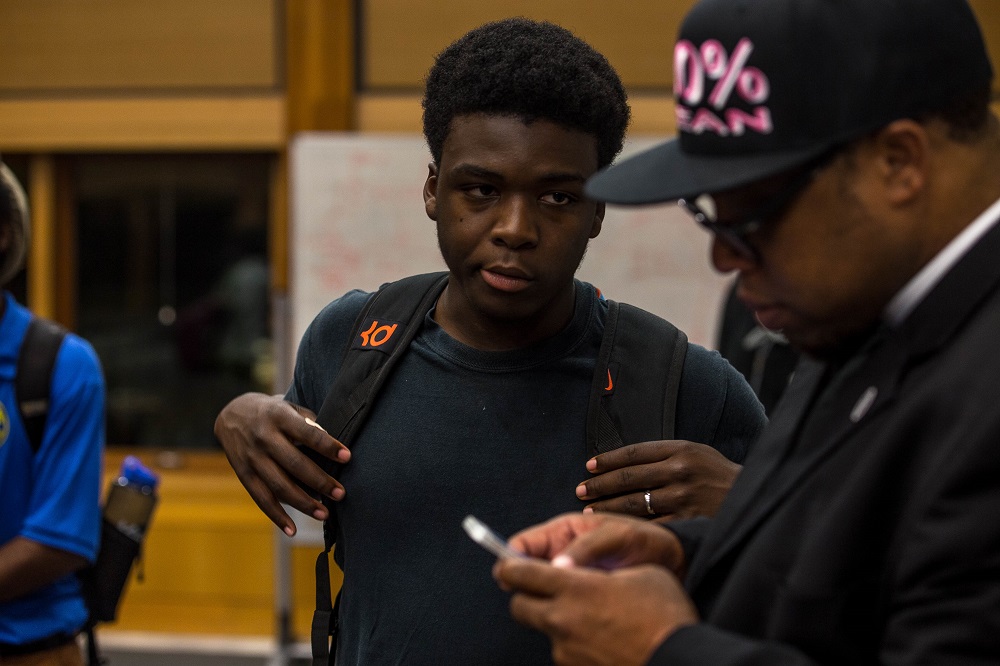 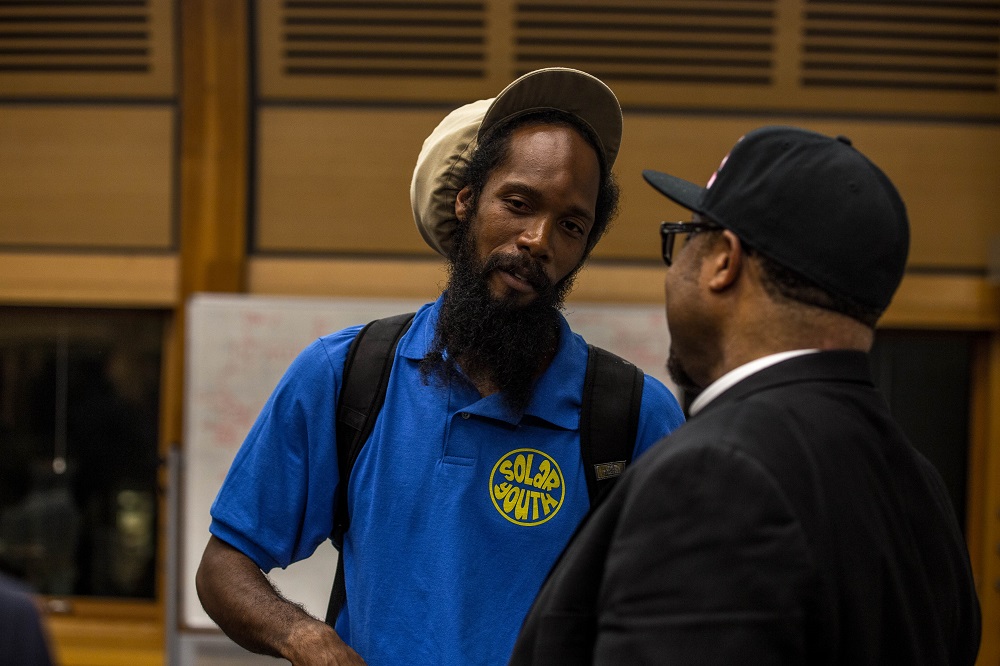 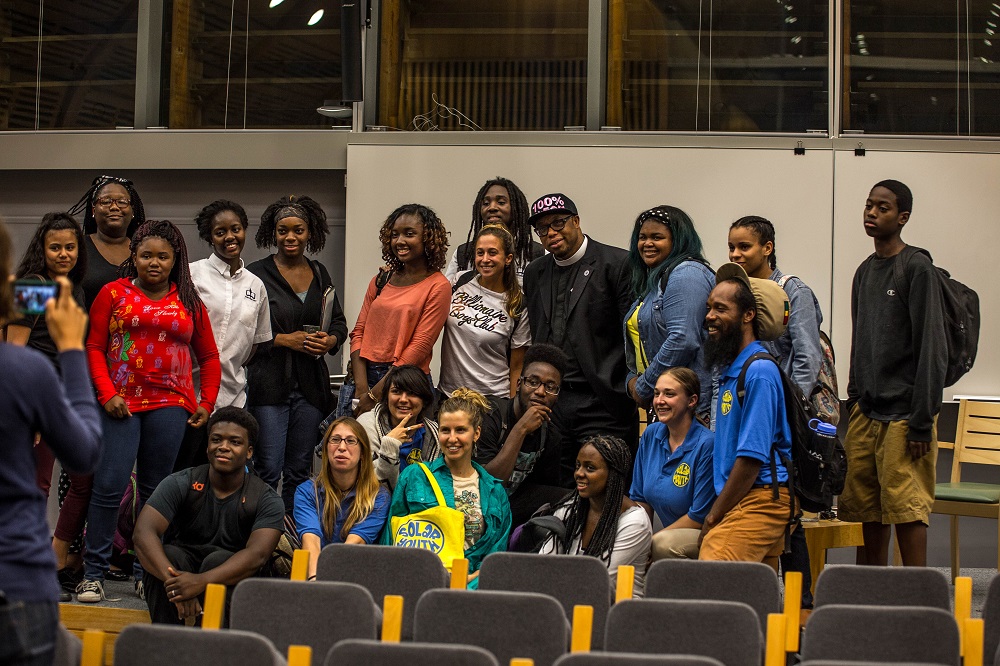 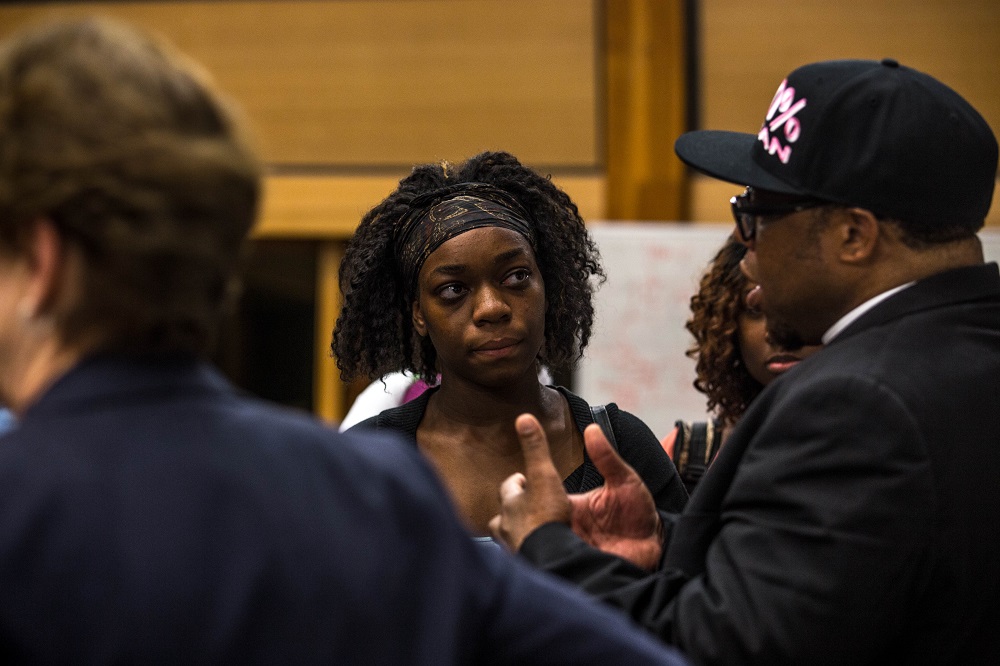