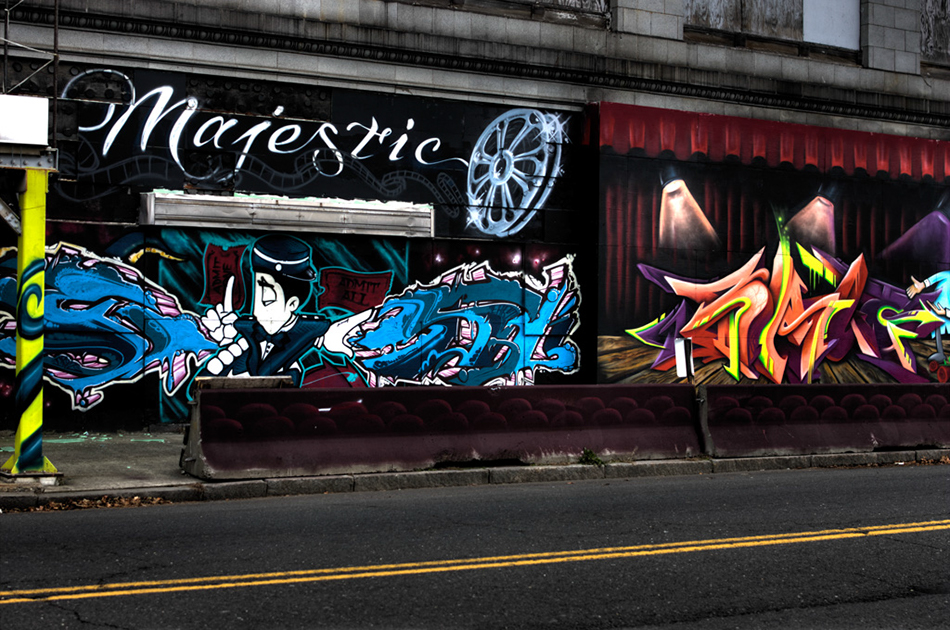 I went urban spelunking  in Bridgeport yesterday. Yeah, I know that it’s not New Haven, but they are what I got. These pictures are inside the old Majestic and Poli (Palace) Theaters which opened in 1922 at the height of optimism and excitement for a new age in theater performance, including cinema .They were designed by Thomas Lamb who was the premiere architect of every major theater in the country during that time period. These paces were a big deal, and I’m sure that they were visited by many New Haveners throughout the years.

The theaters were in operation until the 70’s. Since then, they’ve been abandoned and left to fend for themselves against deterioration and time. There are currently no plans, or prospects to do anything with these sites. They have so much potential, it would be great if the theaters were restored. As you look through the images, imagine how they must have been in full grandeur, packed houses and all.