The first Friday of the month at 7pm (ok, maybe 7:30 or 8) at The people’s Center poets, artists and young people gather for a thing called Free 2 Spit.

Several months ago during the time I was still in the race for mayor I realized the power the presence of a candidate could have.  I had been to Free 2 Spit in the past but being there when it was not a logical stop on the campaign trail had real impact. There is an impact of presence that words cannot replicate.  Since that time I have committed to be more than an occasional guest. The camera is ever present at these events documenting this thing called Free 2 Spit.

Baub Bidon is the force behind Free 2 Spit.  It is a collaborative effort but his DNA runs through the event.  He is organizer, hype man, poet and (perhaps this is redundant) storyteller.  The show moves at the speed of Baub.

Joelle Fishman is well known in New Haven. Activist and ubiquitous presence she, from time to time, is on hand to give the history of the People’s Center (where Free 2 Spit is held). On this evening on the heel’s of the announcement of the passing of Nelson Mandela that history telling reflects upon his life. 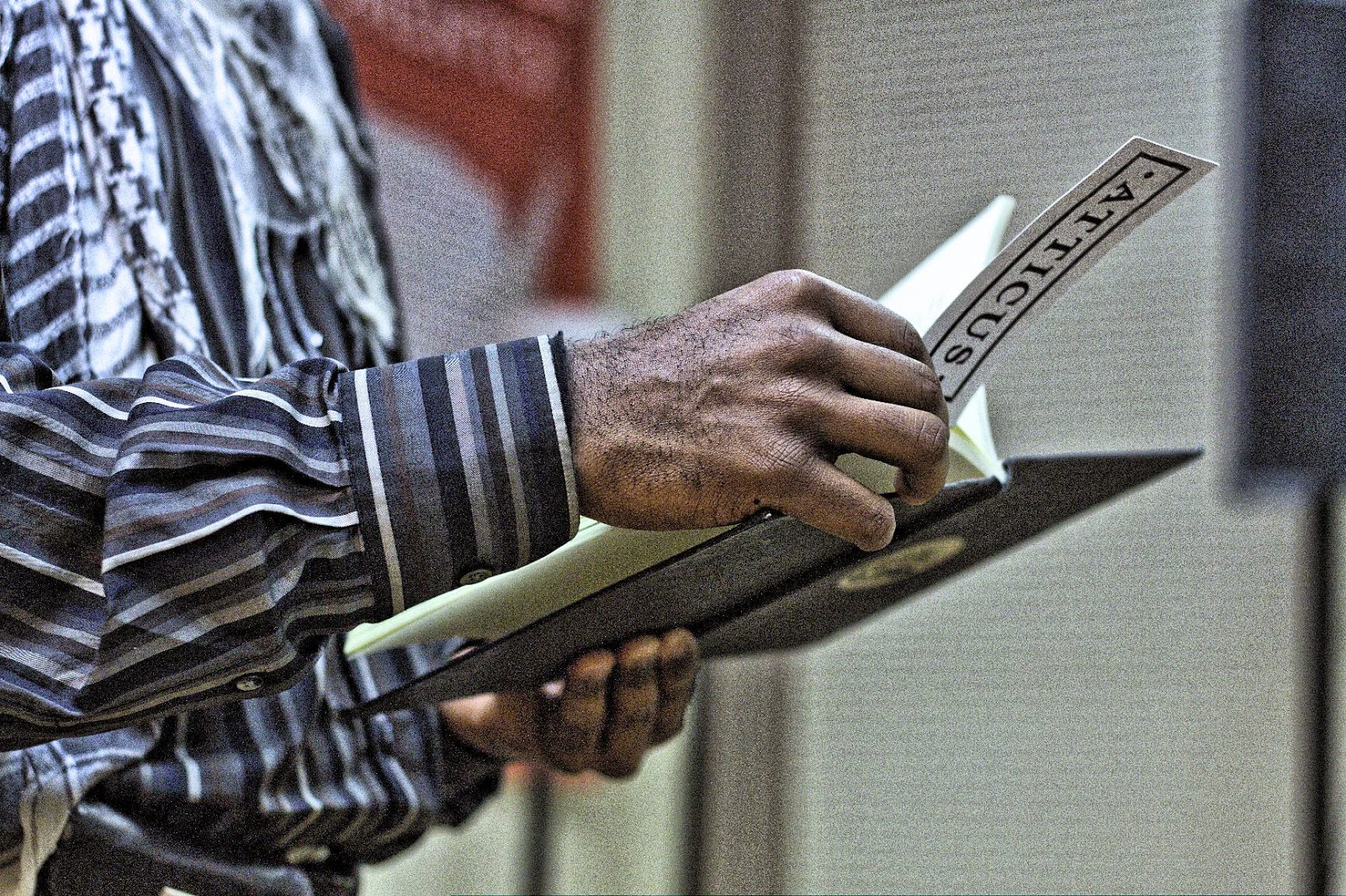 The message and emotion isn’t always found in a smile, closed eyes or furrowed brow. Sometimes it is the hands. Sometimes it is what the hands hold…how they hold it.  Loose or clutched to the chest. A book. A piece of paper. Scarf. The hands speak as well.

A young poet recites her poetry. One year.  She is constantly in motion.  To the day almost, it is one year since she began performing.  As you observe it becomes obvious it is her style – the energy – the motion.  Motion is a part of the poetry – as much a part of her performance as the recitation of the words on the page. 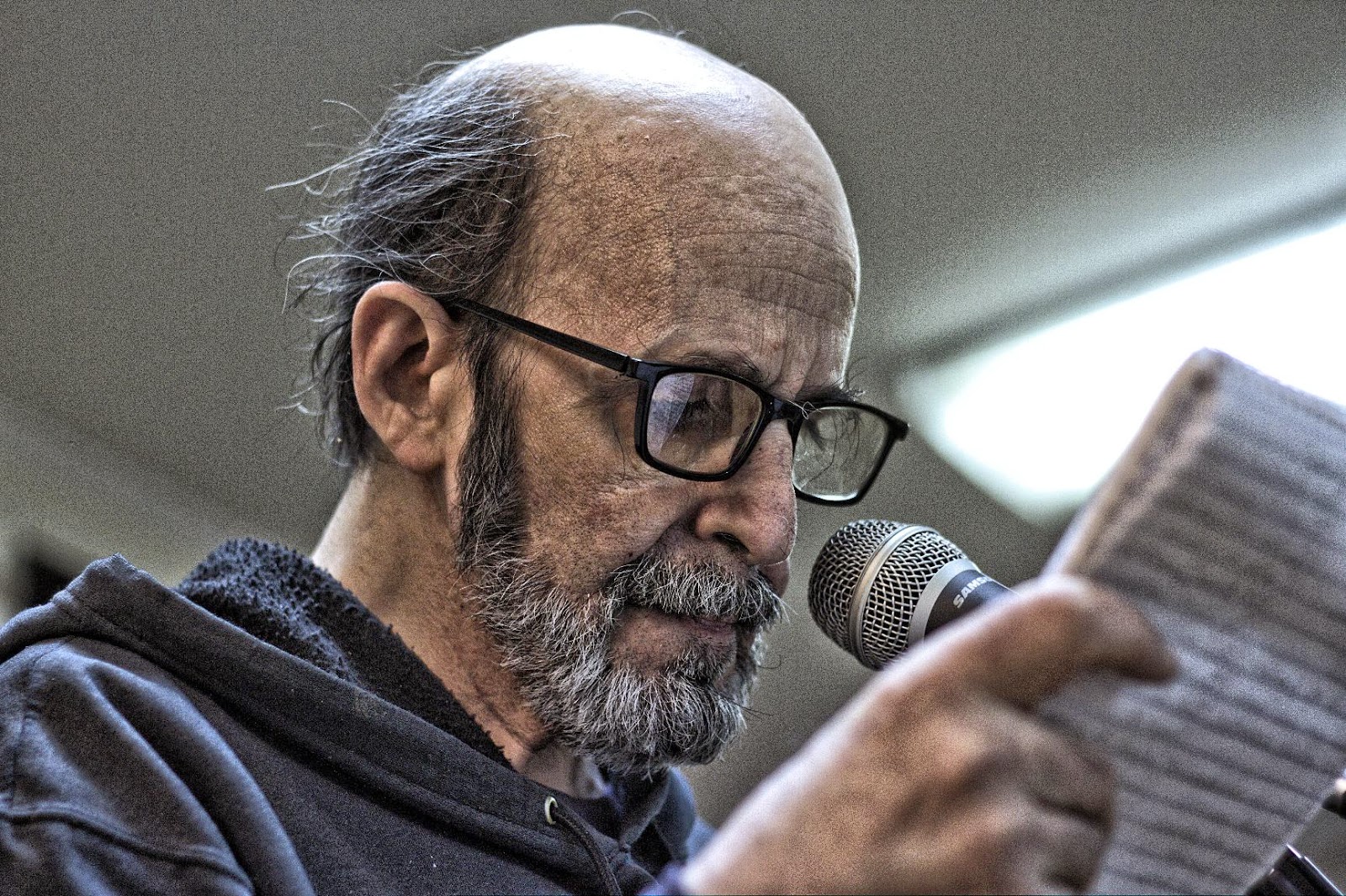 He was having trouble reading the poem…something about his glasses. As I listened to the free form poem his friend read for him I wondered if it wasn’t something more.  The poem was a river of words splashed over the page in ink.  A poem about Nelson Mandela. A stream of consciousness that drowned the page in the hours since the announcement.  Listening and observing the poet I wondered if the emotion of the minute might not have something to do with it as well.

FE FI FO is always fun to watch. As a person who watches facial expression the singer is a real treat.  His face is replete with emotion.  It almost seems like every phrase within the song causes his face shift in order to express the meaning behind the words.

Free 2 Spit asks for a five dollar donation and honestly you get a lot more than you pay for.  Starting again in February if you are looking for something fun to do on a Friday night and it happens to be the first Friday of the month stop by The People’s Center and experience Free 2 Spit.