I just got back from my first trip out to the west coast. The people there were very friendly, but I missed us New Haveners, which is why I decided to hit the streets and get some portraits today. I asked each of the participants for a fact about themselves which others might be surprised by. Those responses are listed beneath the photos. Everyone is so fascinating!

I was on the west coast to shoot a wedding in Portland, OR and decided to make a vacation out of it. I stayed with some friends in Portland that just opened a great pizza shop called Scotties Pizza Parlor (www.scottiespizzaparlor.com). If you’re ever in Portland, check it out on SE Division Street between 21st and 22nd Avenue. It’s really really good! Scottie honed his craft right here in New Haven cooking pies in the brick oven at the Yale Sustainable Food Project.  After Portland, I went up to Seattle for four days, because, why the heck not. I’m including a small photo recap of my trip at the end of this post. I hope you enjoy the photos. 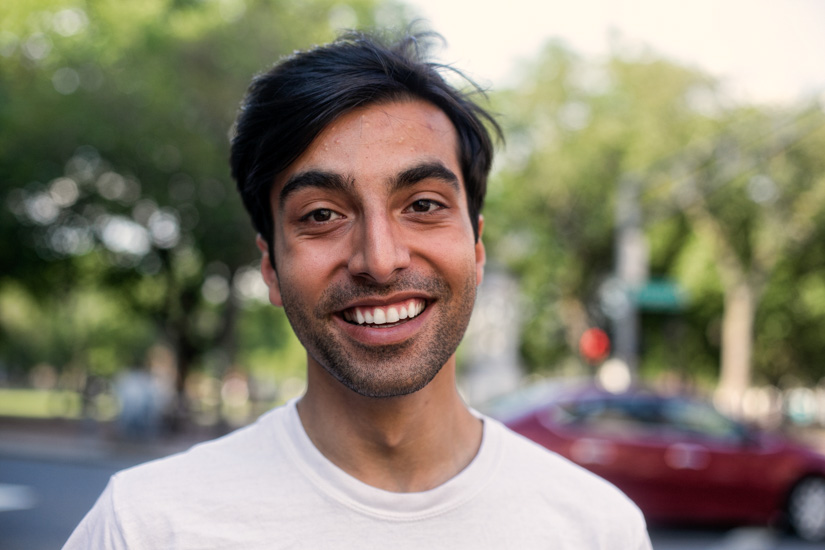 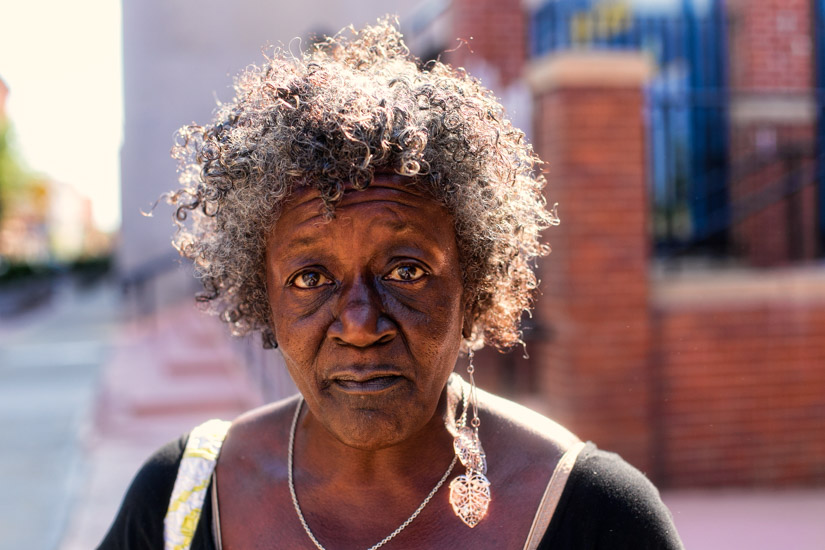 Beulah; surprising fact: is about to graduate from Adult Ed and will be pursuing two dream careers, one of which, she believes, will cause her to lose friends, but feels compelled to do it. She didn’t want to divulge either of those career paths. Beulah is originally from New London (and a story that is both too long and personal to print,brought her here). Beulah’s mother was a geriatric nurse and her father was a teacher for deaf and hearing impaired students.

Beulah is also a self proclaimed lifelong “sugarholic”. In fact, when I met her she came up to me asked if I wanted some candy. She had a bag full of bags of hard candy! We sat, ate some candy together and talked. It was beautiful. 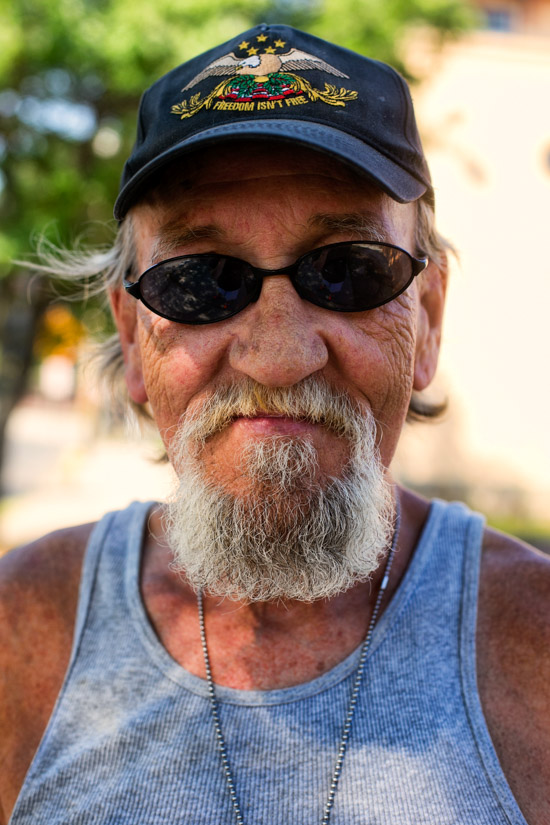 John; surprising fact: he survived himself (homelessness and addiction) 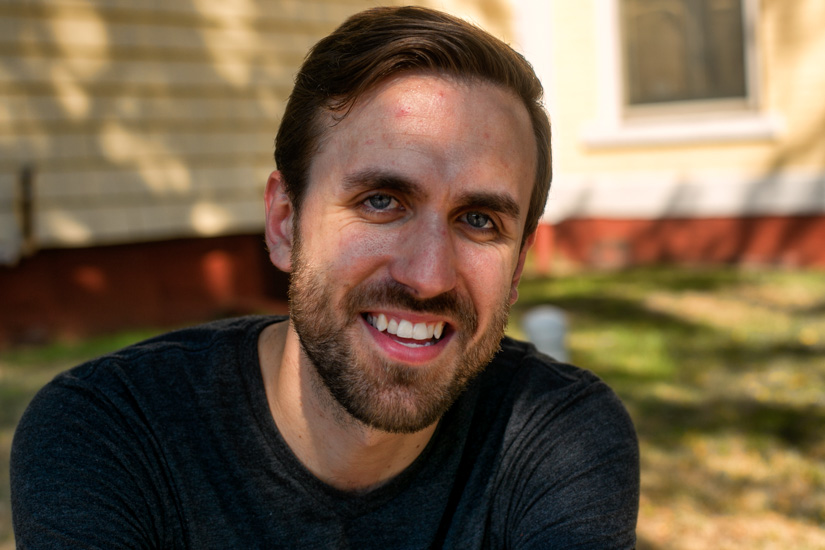 Alex just moved her from Philly, actually he was still in the process of moving in took a walk looking for a neighborhood store to get some milk; surprising fact: used to work as a graphic designer and now will be teaching 1st grade at Booker T Washington Academy in Wooster Square. 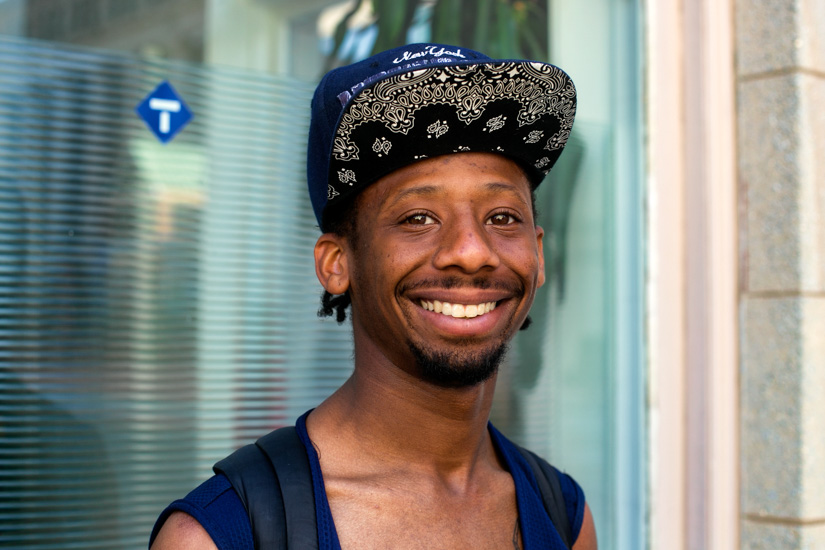 Anthony; surprising fact: despite being 5’3″ and 140lbs, he played running back and wide receiver for THE North Carolina Tarheels. He withdrew to come up and be with his family after the death of his aunt, and mother’s cancer diagnosis (they both smoked). Anthony is 23 now and is working at Walmart, tying to get by and take care of hos mom. 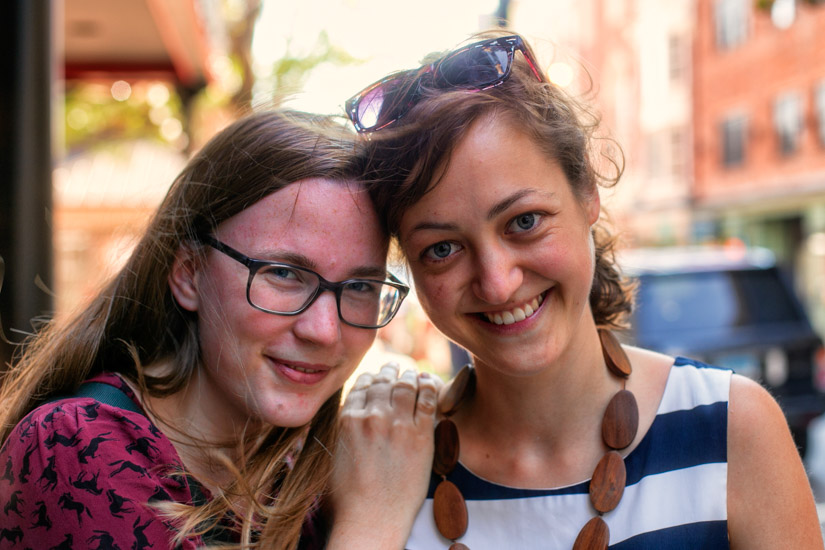 Hanna (left) and Susi are both German; surprising facts: Hanna was a rugby palyer. Susi is doing research on the history of the atomic bomb. 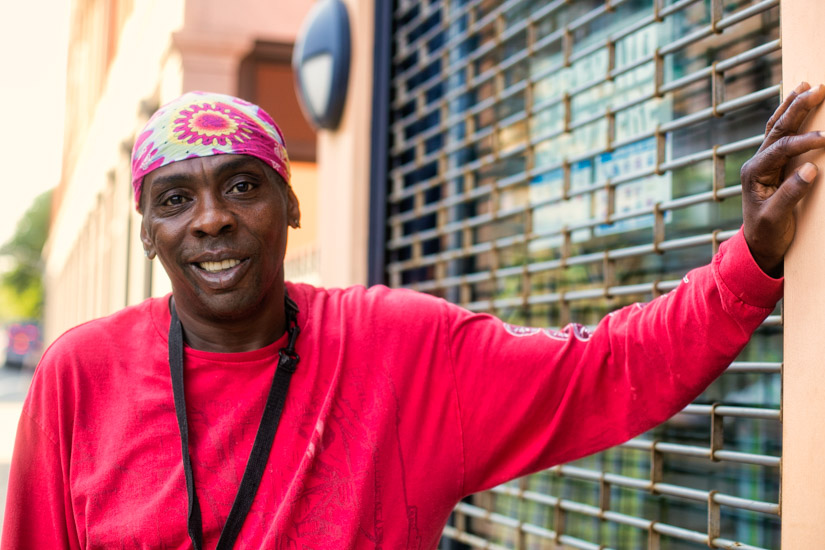 JB; surprising fact: he loves to help people and volunteer for area non-profits. JB is originally from Bridgeport and moved to New Haven for an apartment years ago. 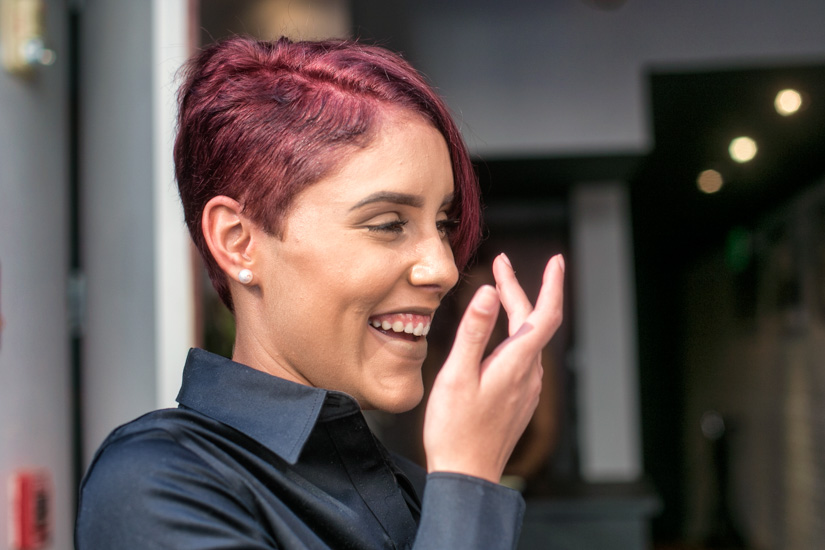 Crystal; surprising fact: she loves to hike. Sleeping Giant is her her favorite place to go around here. 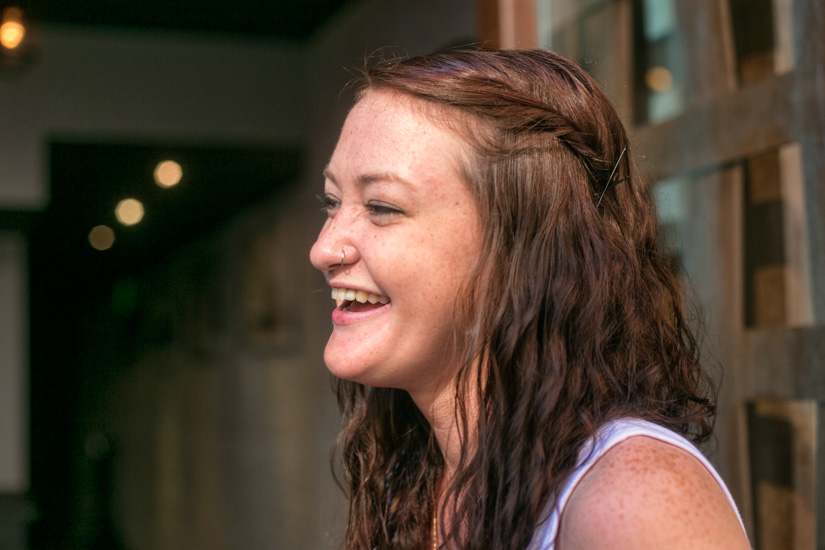 Catherine; surprising fact: she used to play hockey on an  all boys (except her) team. She was a forward. 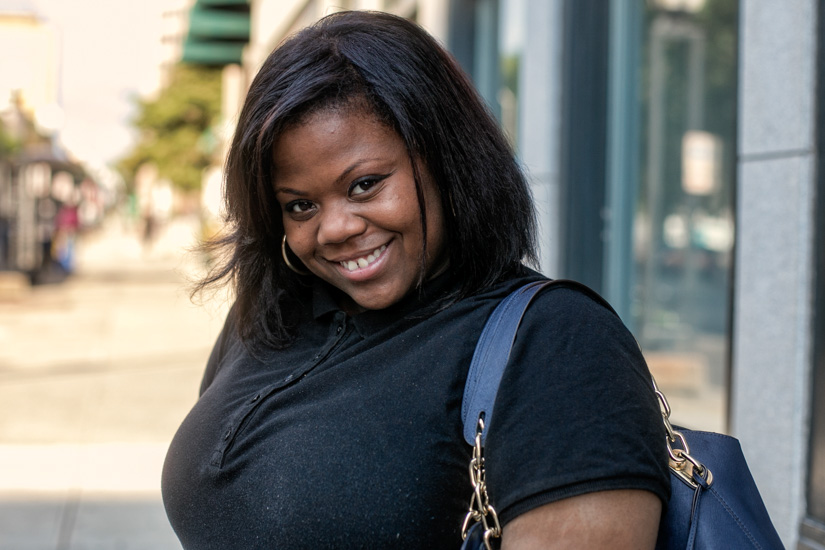 Ariel; surprising fact: she’s studying to be a nurse. Ariel was born in 1991, a year before The Little Mermaid, so no, she wasn’t named after the movie. Her mother actually wanted to name her Oriel, but didn’t want people calling her Oreo, so she chose Ariel instead. Ariel is happy with her mother’s decision. 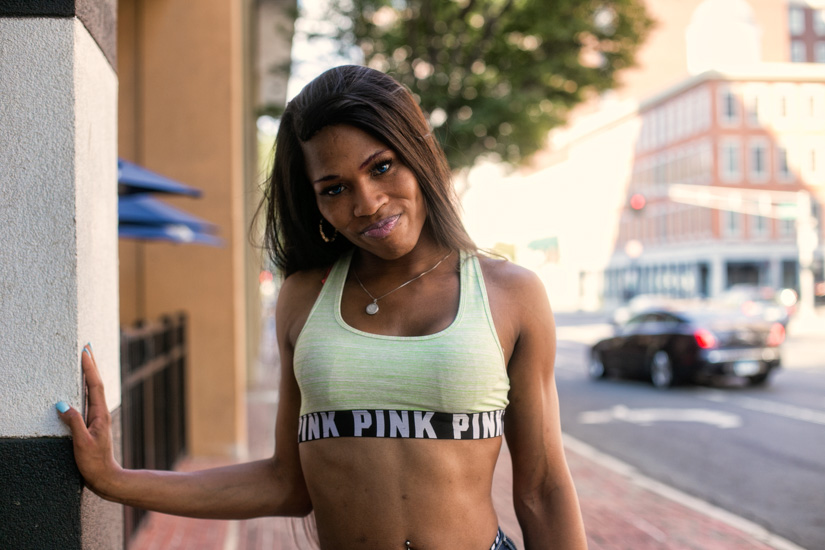 Candie; surprising fact: she just pointed at her eyes… 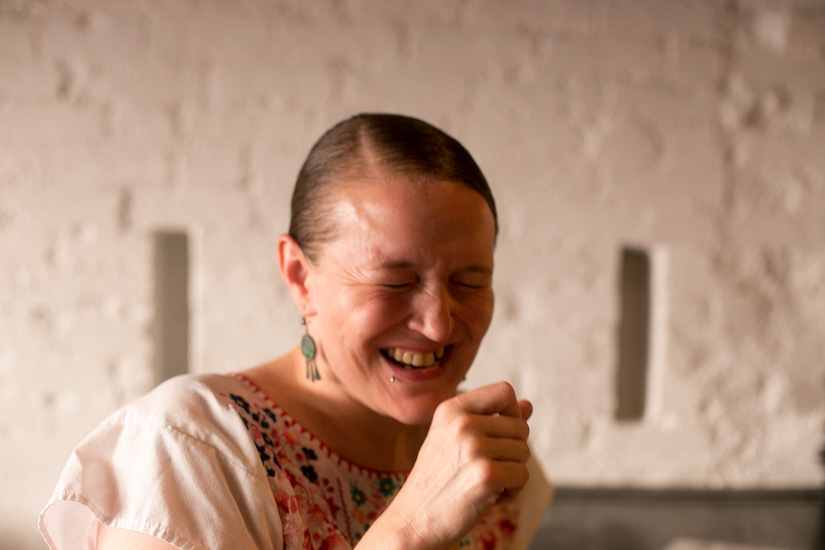 Julie is a fellow blogger and runs CT Girl About Town (check her out on Twitter: www.twitter.com/ctgirlabouttown); surprising fact: She worked at a strip club and for Martha Stewart (but not at the same time!) 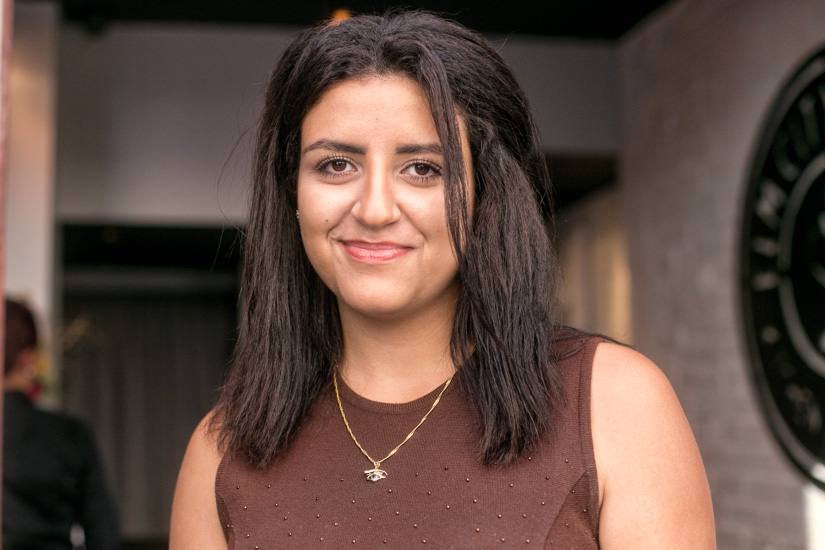 Afnan; surprising fact: she’s from Egypt and came here ten years ago with her parents who came here for school. 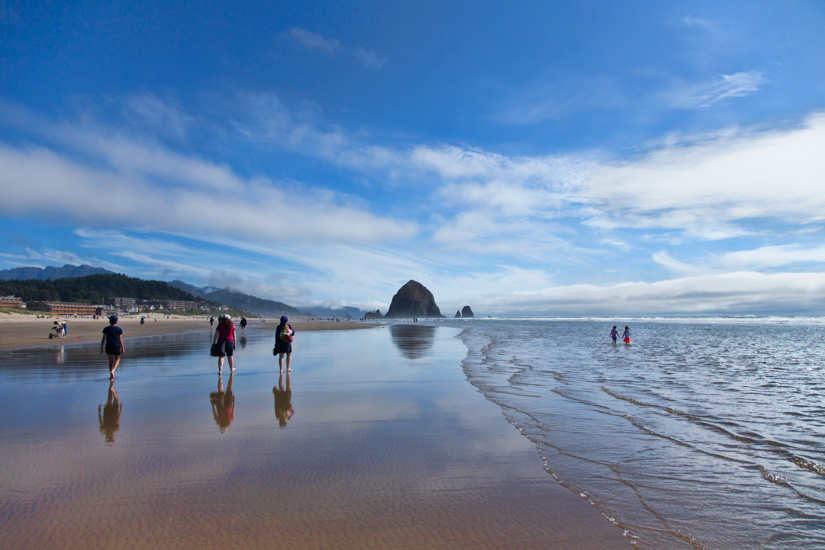 That is Haystack Rock on Canon Beach in Oregon on the Pacific Ocean. My hosts, Amy and Scott, let me take their car out to explore for a day and I’m soooo glad they did. Canon Beach is about an hour and a half drive from Portland. 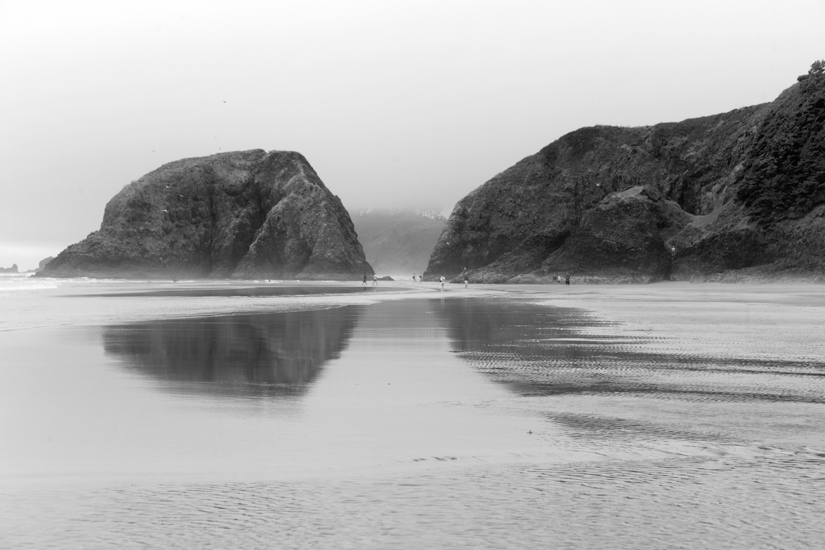 Still Canon Beach, just after the clouds and fog rolled in which changed the mood completely. Still gorgeous, though! Canon Beach and within all the rocks is where they filmed a lot of the Goonies! 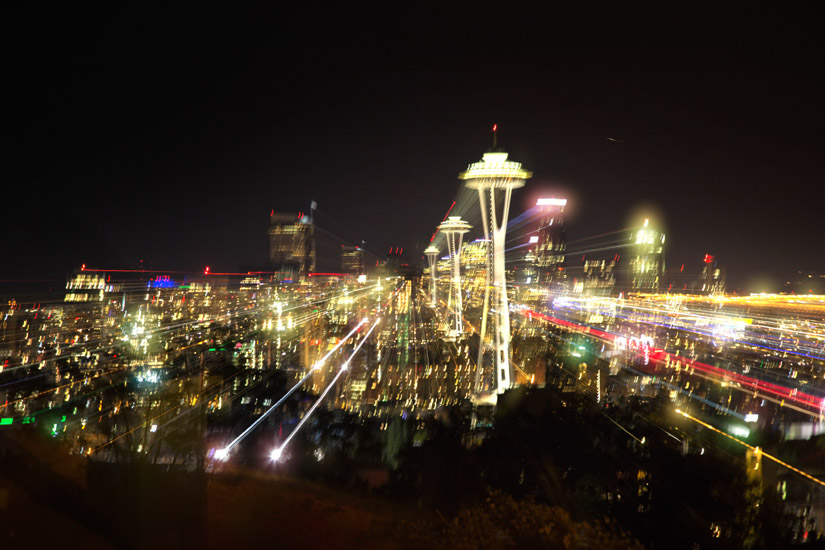 Seattle skyline from the top of Kerry Park. I was playing around with long exposures while simultaneously manipulating the zoom. 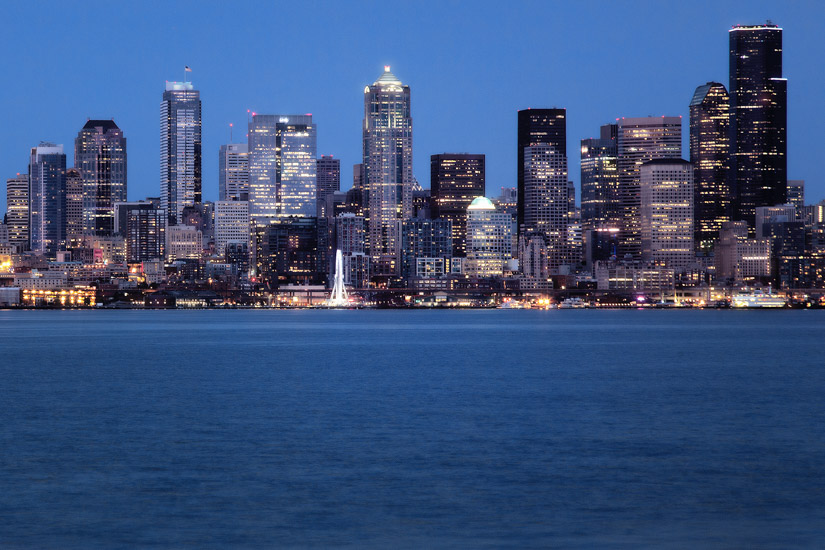 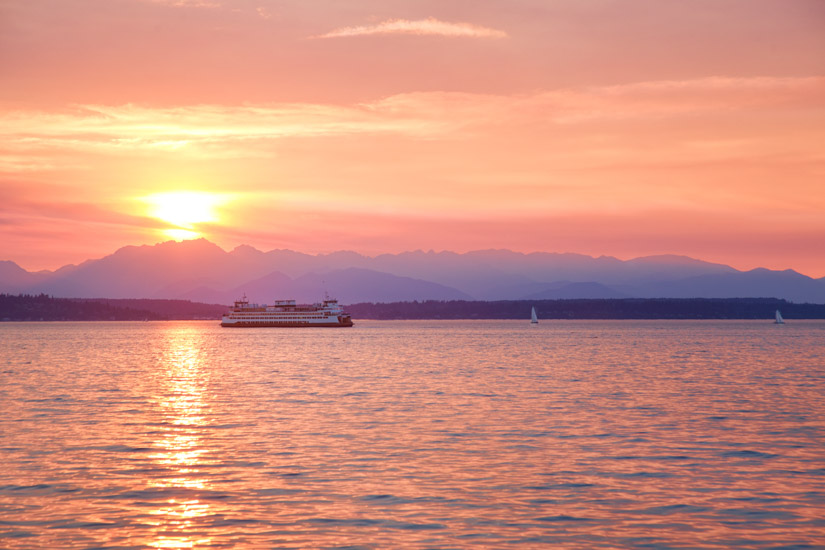 Sunset and Olympic Mountains from Alki Beach in Seattle 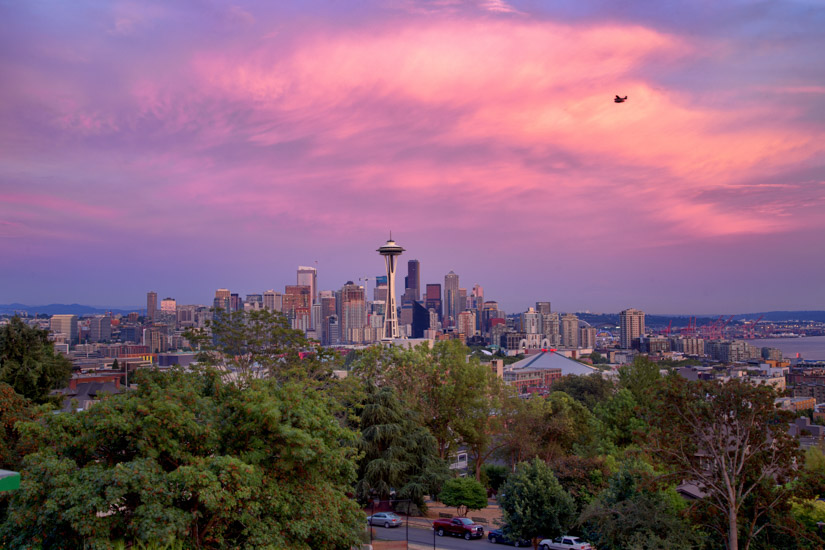 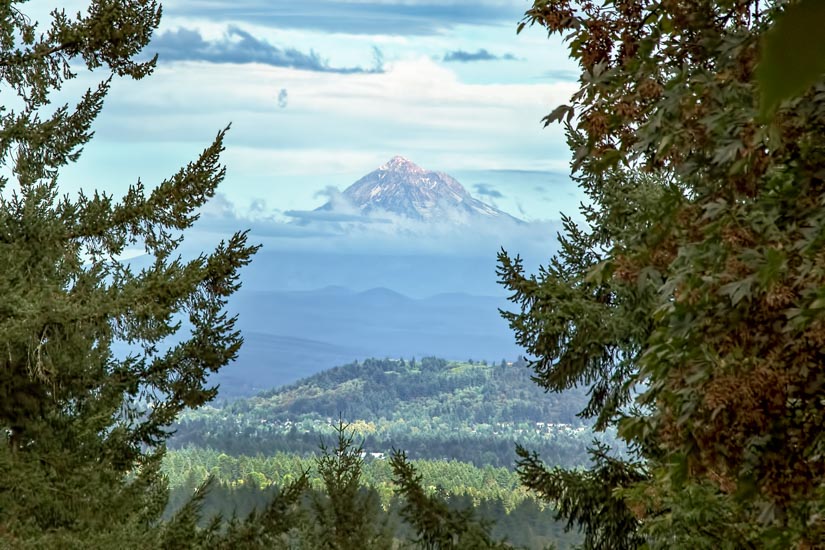 Mt. Hood from the top of Mt. Tabor in Portland 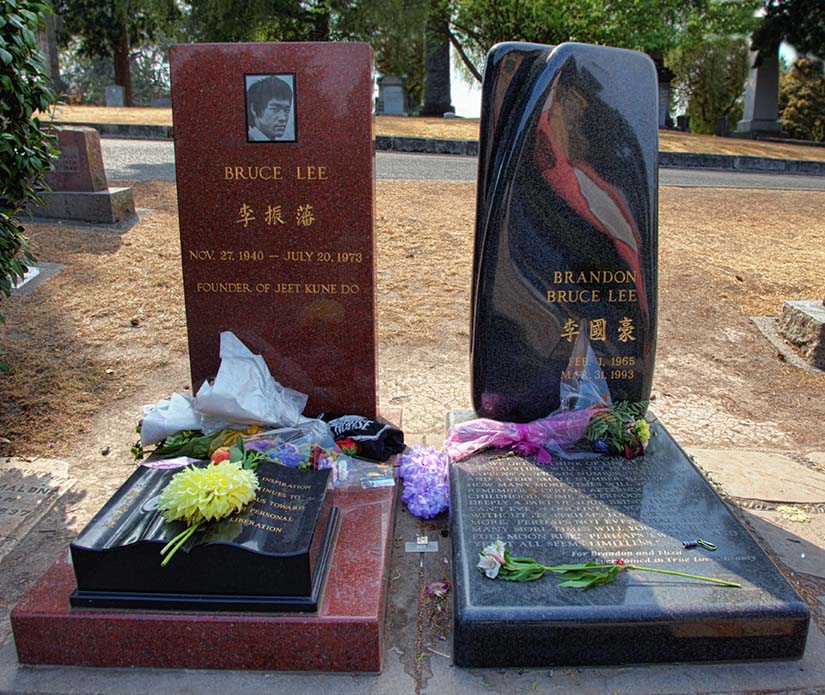 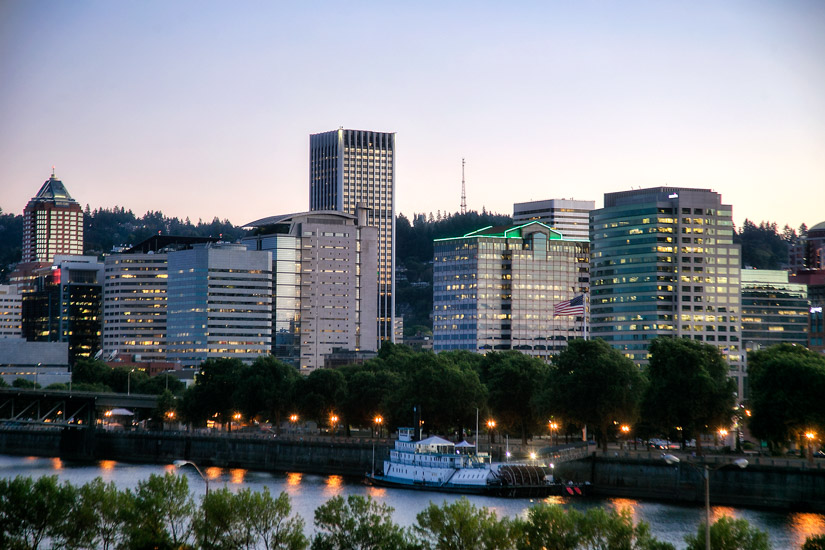 Downtown Portland from the Burnside Bridge 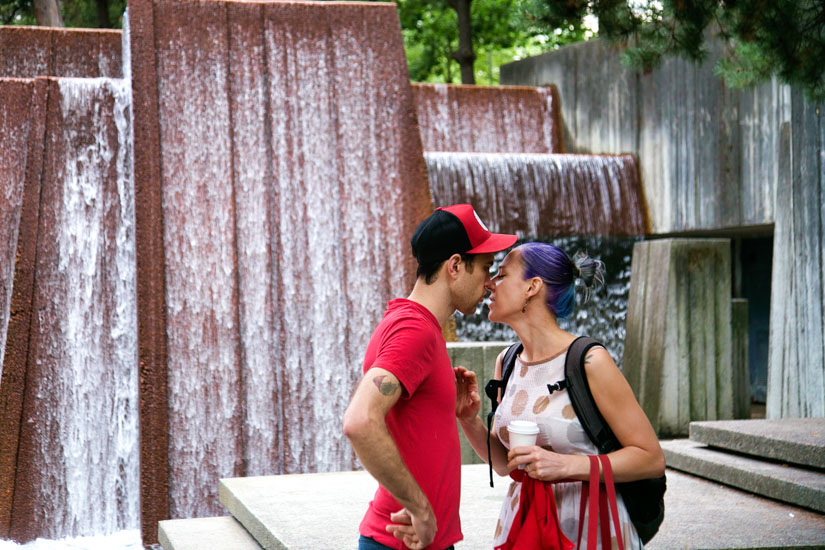 These are my friends that I stayed with in Portland, Scott and Amy. I snapped this photo as they went their separate ways for the day. They didn’t know I was shooting them, and it happened so fast, I didn’t even have time to look through the viewfinder. 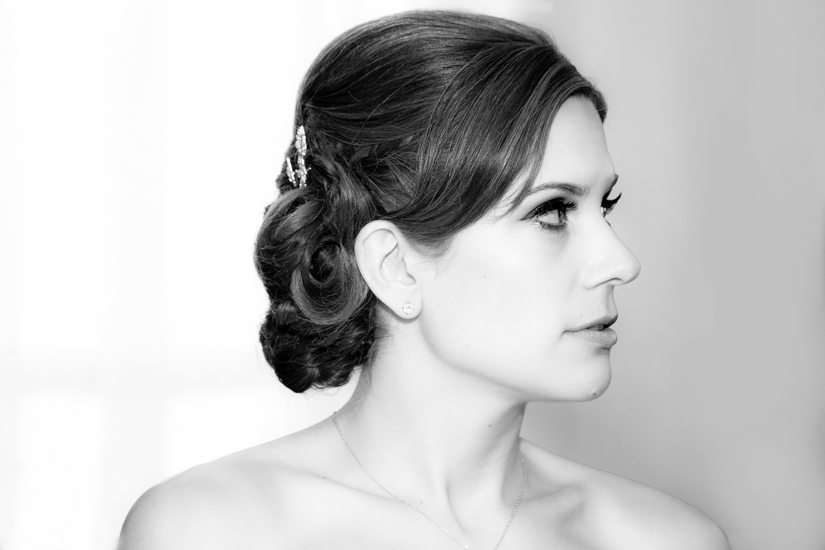 A portrait of Vanessa, the stunning bride on her wedding day. 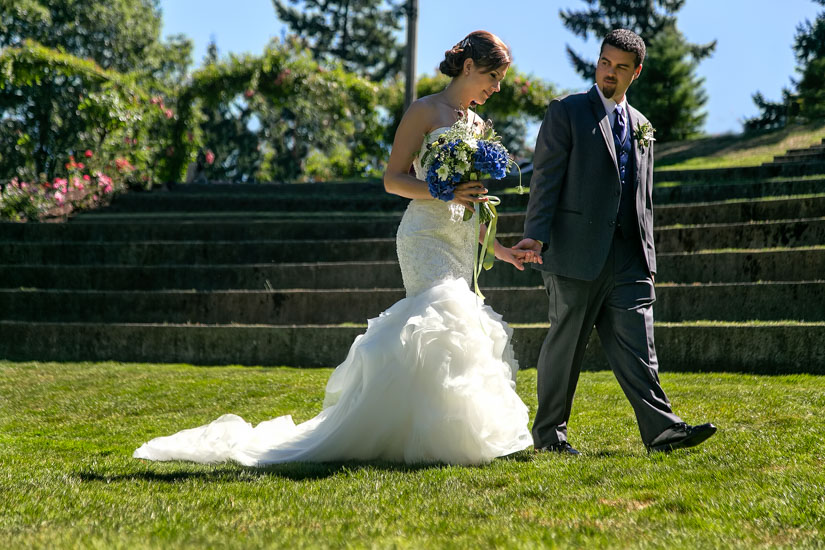 Newlyweds, Vanessa and Alex at the World Forestry Center in Portland.