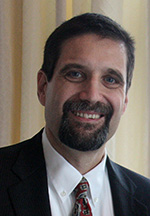 Article and photographs by Jay Juliano

Cheryl and I decided to venture down to New Haven, CT and photograph the meeting places of the most well known secret societies of Yale’s University. They are, in order of prominence, Skull and Bones, Scroll and Keys, Wolf’s Head.

Skull and Bones was founded in 1832.  Members of some of Yale’s better known

debating societies were in a dispute and decided to begin their own society.

Shown to the left is the meeting place, (typically Tuesday and Thursday

evenings), of Bonesmen at the Tomb since being built in 1856.  A second wing

building overlooking the garden. The fraternity, for lack of a better word,

the senior class.  That criteria has probably changed very little over the

a majority vote of alumni Bonesmen women were allowed membership. You could

not apply for membership.  The only way in was to be “tapped”, while in your

junior year, for admission into the society during your senior year.  Every

year about (200) hopefuls would assemble, usually on the Branford College

lawn, knowing that only (15) would be chosen.  If you were one of the

accepted to which you’d reply yes or no.  If yes you’d run off to a chosen

tie. Who would typically be chosen?.  From my research it appears that

legacy students (those whose parents were Bonesmen) had a good shot.  Those

with exceptional grade scores, intelligence and academic success were

considered. In addition those students who may have come from great family

wealth and success were on the list.  However, unusual, stand out athletes

were not overlooked.  The main criteria was that these were students who

average man or woman.  You may think that is a lofty expectation but if you

look at the who’s who of Bonesman the list certainly lived up to the hype.

The following is a short list of notables who were in the society:

WWII fighter pilot and past Director of the CIA.

Presidential candidate in 2004 but lost to George W. Bush. Kerry also is the

husband of Teresa Heinz who was married to H. John Heinz, III until his 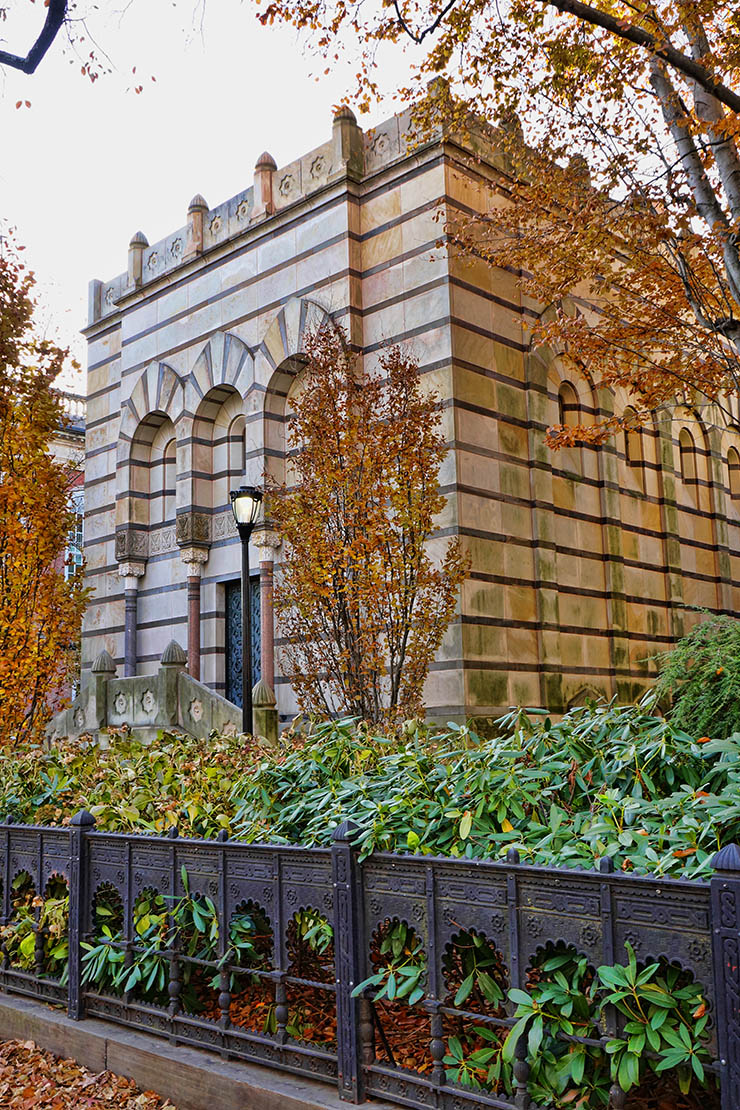 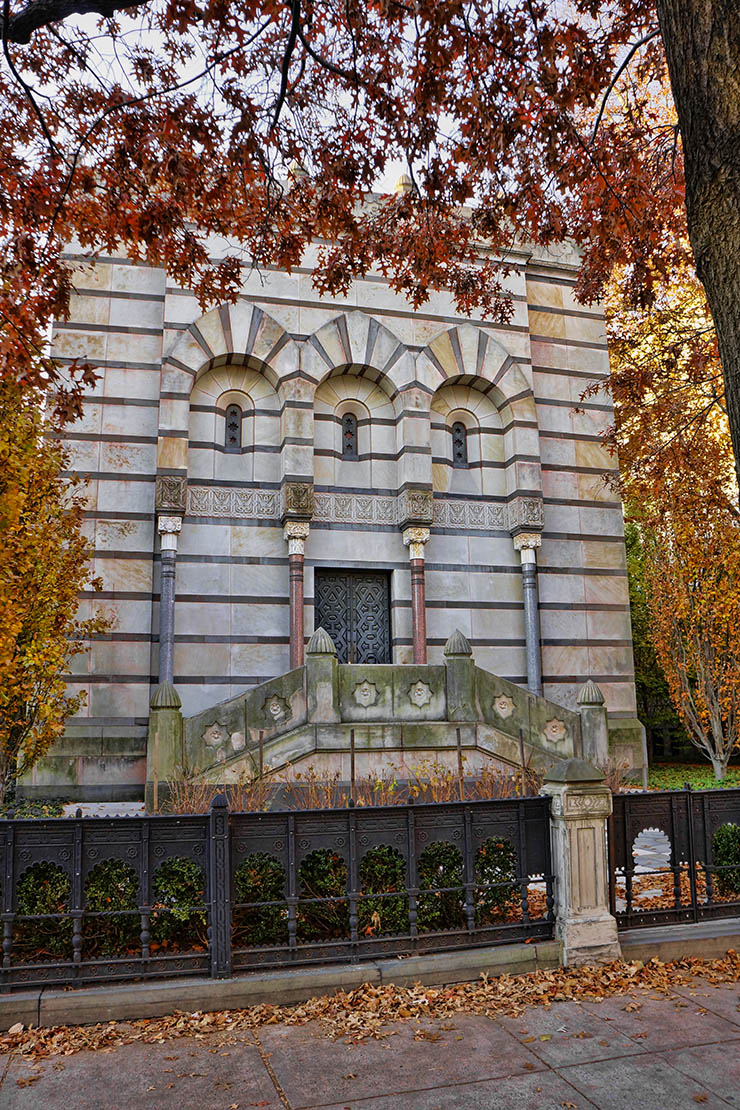 SCROLL and KEYS: Shown to the left and right is the meeting place for the

Scroll and Keys secret society. This society was founded in 1843 over

disputes involving elections to the Skull and Bones. This fraternity seems

to mirror that of Skull and Bones with respect to: 1) same meeting times on

selection criteria. Scroll and Key had difficulty in the early years evening

meeting their (15) new member requirements.  That has changed as the years

societies of Yale.  Not only is the fraternity the 2nd oldest but it

arguable the wealthiest of all the societies.

In 1989 Scroll and Key went co-ed.  This was met with resistance by many

Giamatti  refused to ever visit the society again unless women were

admitted.  Since that time both men and women fill the ranks of Scroll and

Key. The following is a short list of notables that were in the society: 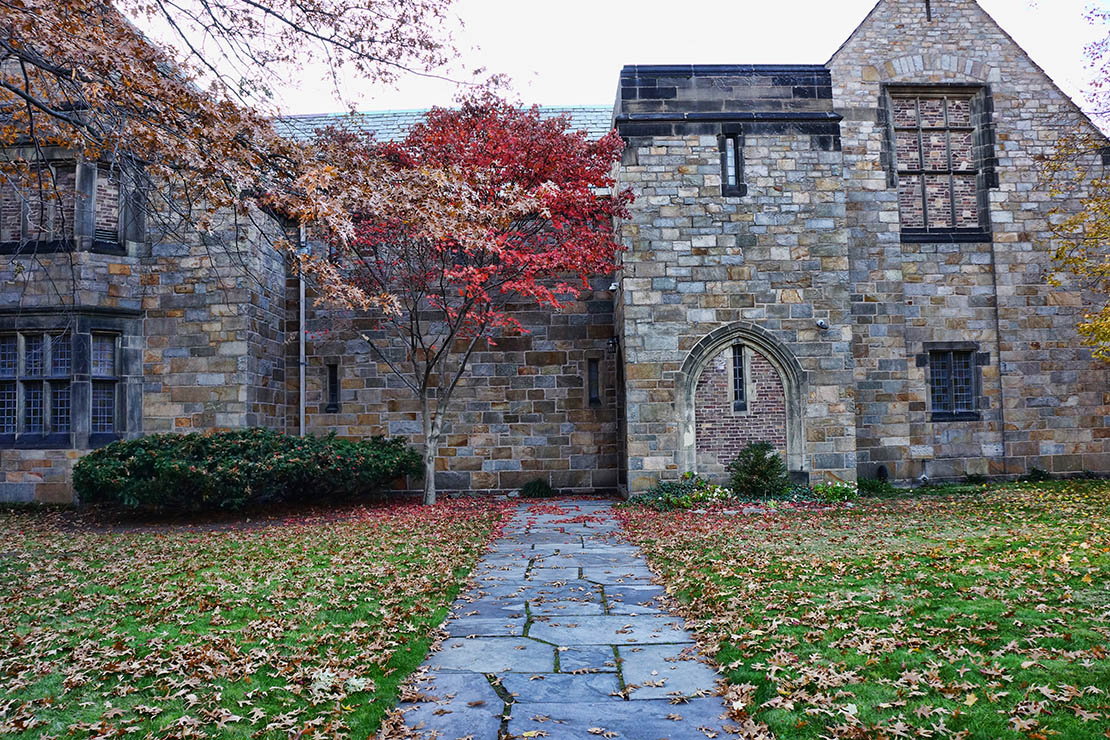 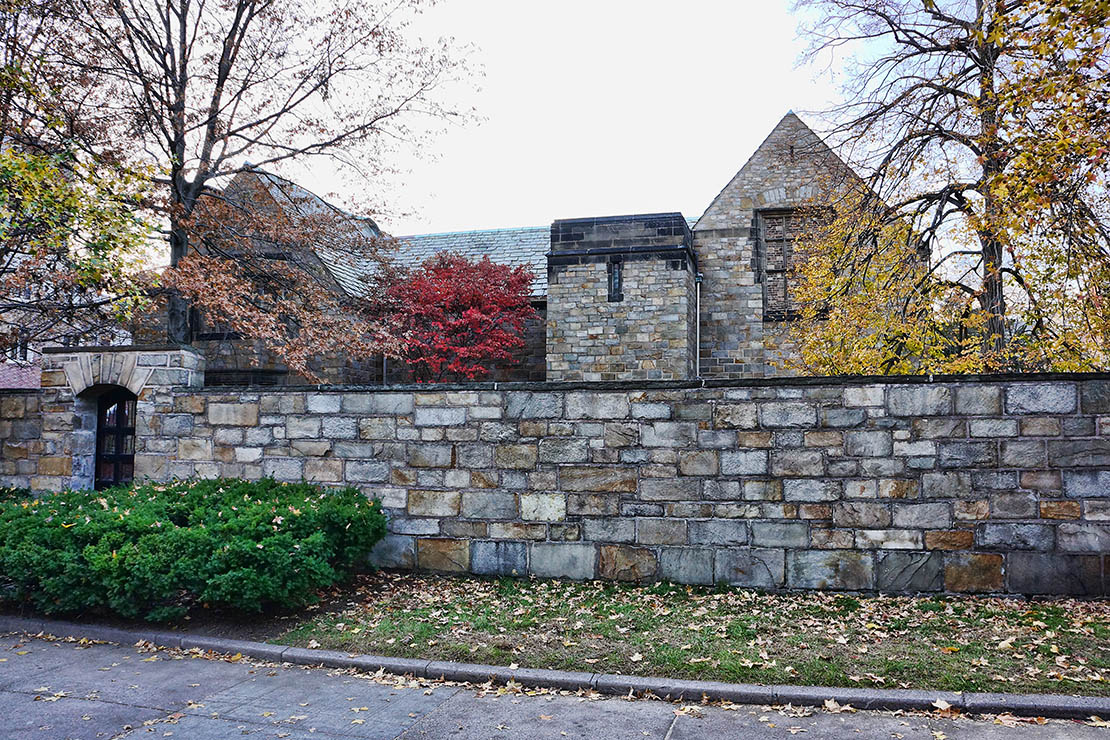 WOLFS HEAD:  In 1884 fifteen members of the junior class who were possible

candidates for the Skulls or the Keys decided to start The Third Society.

This later became known as Wolfs Head.  It’s is believed to have originated

in an effort to remove dominance and power from the Skull and Bones. The

images to the left are where members have met for years.  The building is

your attention from the street.  I took the first photograph by squeezing my

picture).  It allowed for a closer look at the building itself.

immediate left and the Yale school of drama to their right. It appears to me

conduct themselves.  They all seem to share similar goals and objectives and

seek similarities in their membership. For a list of those students that

University.  This apparently is not affiliated with the original Yale Skull

and Bones nor is it an offshoot.  The Skull and Bones secret society is not

active in any colleges or universities other than Yale.

BOOK and SNAKE.  Grove Street.  Across from the Cemetery. 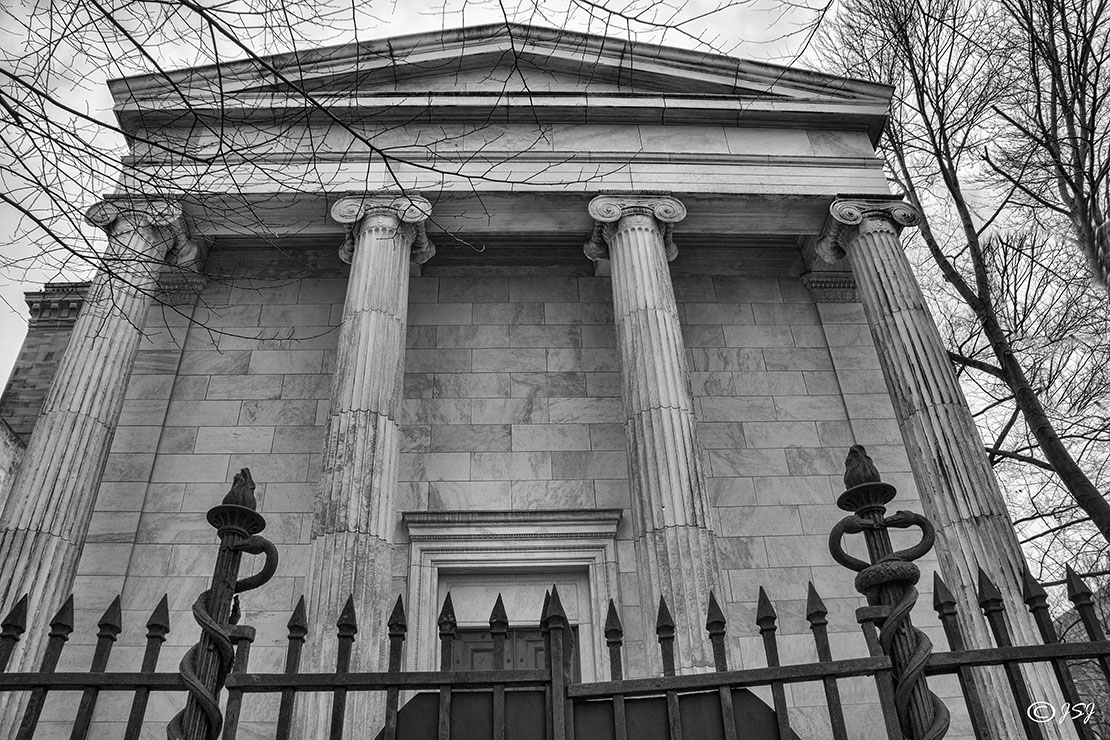 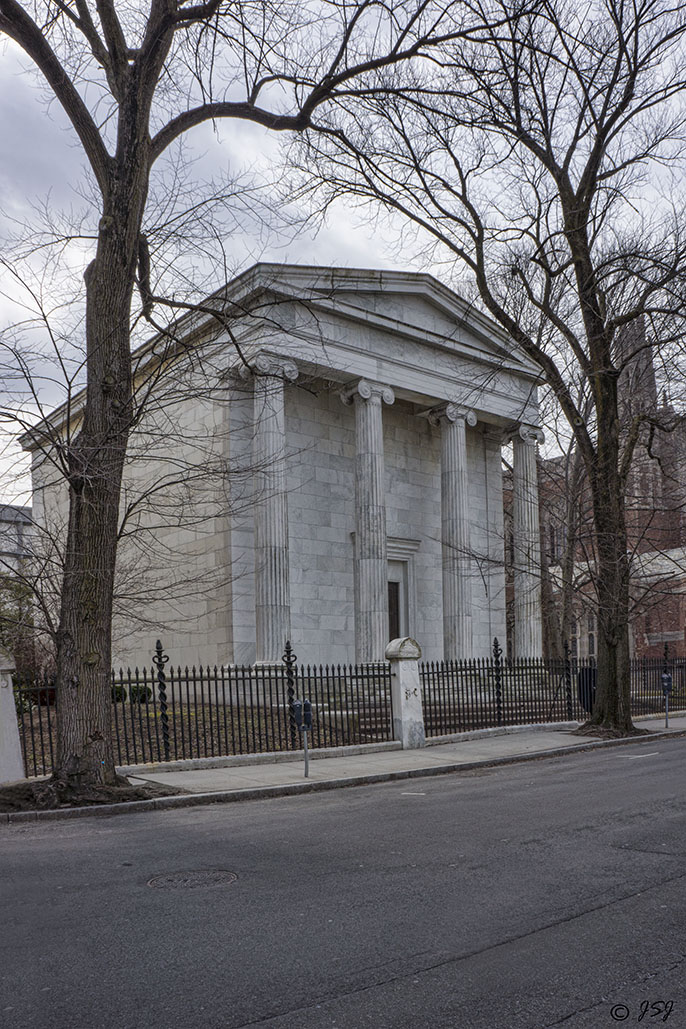 This is the fourth oldest secret society at Yale.  It was

founded in 1863 at the Yale Sheffield Scientific School.  This was

“senior society” or “final” (meaning last year).  Many of the senior

societies “tapped” 15 students each year for membership however Book and

Snake would tap (8) men and (8) women. They would meet once or twice weekly

at the tomb shown to the left. 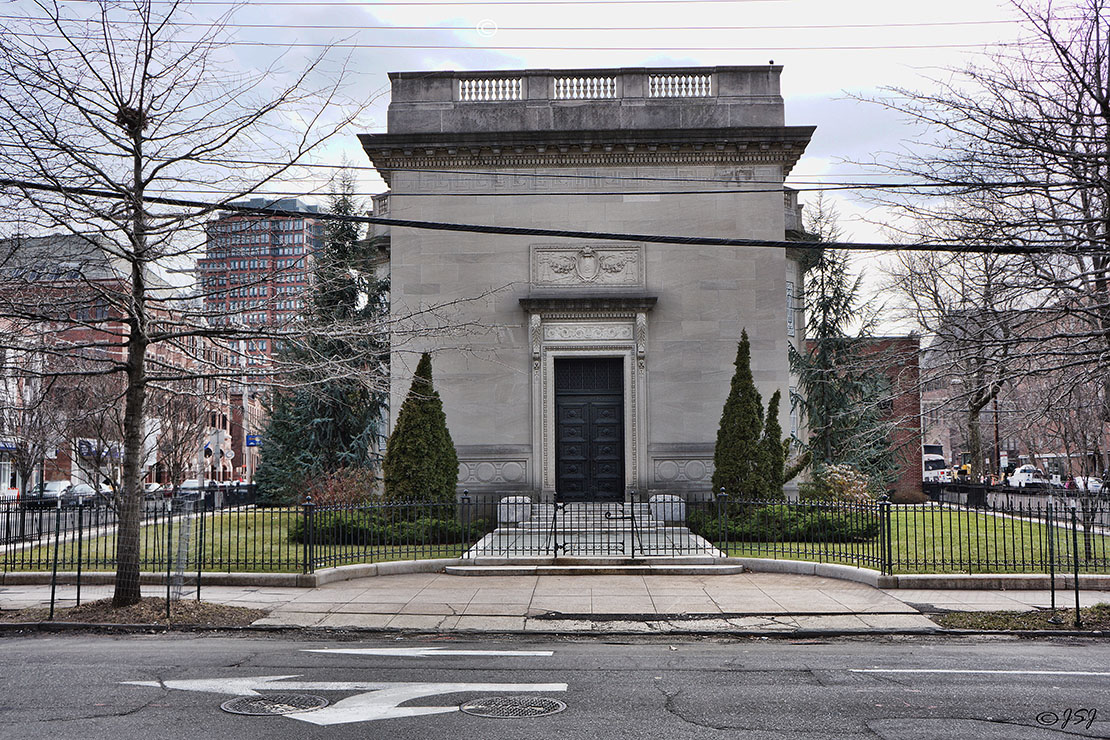 Yale. Like Book and Snake the society was originally founded as part of the

now defunct Sheffield School of Science and Engineering.  This “college”

fully integrated with Yale University in 1956.  Steeped in many of the same

traditions as the above societies Berzelius members hold dear the famous

exhortation of Socrates, “The unexamined life is not worth living”. Shown to

the right is the meeting place of Berzelius members.

I found very limited information on Book and Snake or Berzelius.  I guess

they’ve honored the tradition of “secret”.